Are you looking for an adventure?  Join the pirate crew aboard their ship and sail the seven seas!  Explore desert islands, search for booty and buried treasure, and meet beautiful mermaids, but look out for those darn sharks!

Last year Susan and I decided that it would be fun to make a quilt pattern with a pirate theme, so today I’m going to tell you a bit about the ship and her crew of salty sea-dogs.  Even if you’re a landlubber, you’ll probably “lub” our brave buccaneers!

Speaking of sailing, where could a rollicking band of pirates go without their seaworthy ship? The pirate’s ship is a foundation paper pieced beauty, complete with appliqued portholes, a Jolly Roger on the foresail.  The beautiful brigantine is ship-shape and ready for an adventure. 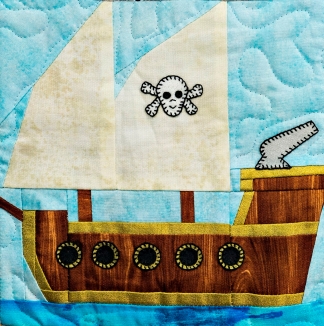 The leader of our pirate band is an experienced seaman who lost his right hand during an unfortunate encounter with a shark.  The Captain is now left-handed, but that won’t stop him from sailing with his crew to the coastal settlements, pillaging and raiding for ill-gotten gains.  The Captain’s faithful parrot is always nearby, ready to lend a hand or offer a snappy retort as needed.

The fearless first mate is a more scholarly sort, at least when compared with the rest of the pirates.  He keeps a log of the ship’s stores and a map of her voyages, and is responsible for divvying up the loot, making sure that each crew member gets his fair share.  Our first mate stubbed his left big toe when he was inventorying (or maybe sampling?) the grog barrels in the hold.  His injury didn’t heal well so now he has a peg instead of a leg.  It doesn’t slow him down when it comes to marauding with his mates or queuing up at the mess! 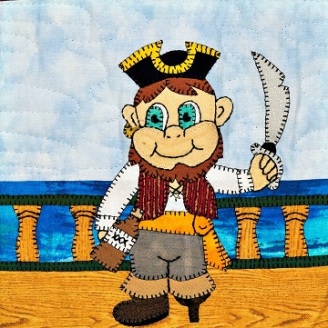 The deck hand is probably the busiest of the pirate crew!  There’s always something to be done to keep the ship in shape, and he’s the guy to do it.  Swab the decks, bail the bilge, guard the captives, or dig for the treasure chest?  He’s at the ready and will do as he is bidden, as long as he is guaranteed his share of the booty next time the ship is in port.

“Land ho!”  The ever-vigilant pirate lookout is in the crow’s nest, keeping the captain informed at all times.  It can be lonely at the top, but the Captain’s parrot visits occasionally to keep the lookout company.  We suspect that the lookout stashes parrot treats in his bandanna to encourage the parrot into coming back to visit!  Like I said before, it is very lonely at the top! 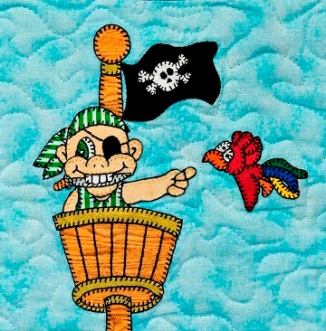 Susan will be stopping by next week to tell you all about the rest of the blocks that are included in the “Pirate Adventure” pattern.  If you’re inspired to make your own quilt full of cute pirates, you can purchase the pattern in our pattern shop!  Individual block patterns are available too.

This big white shark isn’t just good- he’s GREAT!  Sure to make the pirates’ voyages a bit more exciting, the great white shark would be perfect for your project!

This big white shark isn’t just good- he’s GREAT!  Sure to make the pirates’ voyages a bit more exciting, the great white shark would be perfect for your project!

This hammerhead shark has a beautiful smile!  Doesn’t he look friendly?  And he’s handsome enough to star in his own movie!  But don’t let his charming good looks fool you- he’s not quite as tame as he might appear to be.

And what would an adventure on the high seas be without a mermaid or two?  This little mermaid has beautiful long hair and the prettiest singing voice that you’ve ever heard!  She’s sure to charm the pirates as their ship passes close to Mermaids’ Rock! 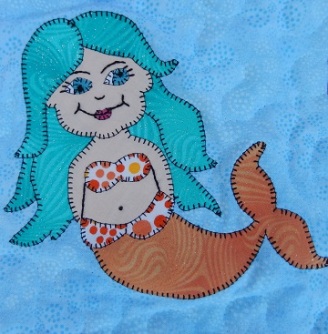 That’s it for this time!  Thank you so much for stopping by today.  I hope that you’ve enjoyed reading all about our rollicking band of riff-raff!  We’d love to read your comments about the pirates’ adventures!  Until next time. . . 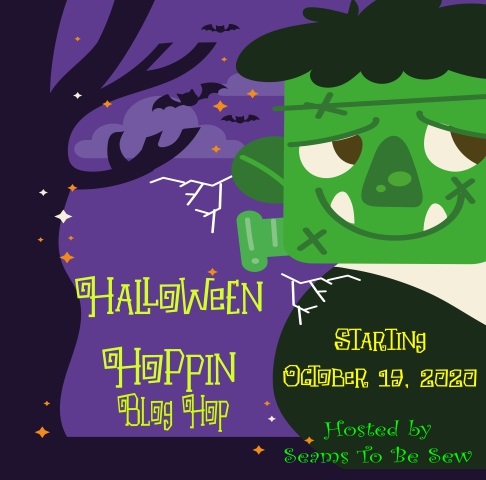 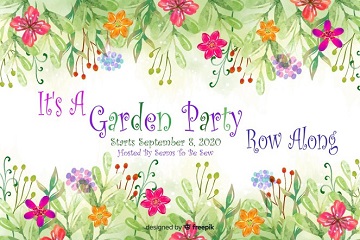